A sunken ship found in the Nile river may have lain undisturbed for over 2,500 years, but it is finally ponying up its secrets. Scientists think that this ship has revealed a structure whose existence has been debated for centuries.

In fragment 2.96 of Herodotus’ Histories, published around 450 BCE, the Ancient Greek historian – who was writing about his trip to Egypt – describes a type of Nile cargo boat called a baris.

According to his portrayal, it was constructed like brickwork, lined with papyrus, and with a rudder that passed through a hole in the keel.

This steering system had been seen in representations and models through the Pharaonic period – but we had no firm archaeological evidence of its existence until now.

Enter Ship 17, of the now-sunken port city Thonis-Heracleion near the Canopic Mouth of the Nile, dated to the Late Period, 664-332 BCE. Here, researchers have been exploring over 70 shipwrecks, discovering countless artefacts that reveal stunning details about the ancient trade hub and its culture.

Although it’s been in the water for at least 2,000 years, the preservation of Ship 17 has been exceptional. Archaeologists were able to uncover 70 percent of the hull.

“It wasn’t until we discovered this wreck that we realised Herodotus was right,” archaeologist Damian Robinson of The Oxford Centre for Maritime Archaeology told The Guardian back in March 2019.

“The joints of the planking of Ship 17 are staggered in a way that gives it the appearance of ‘courses of bricks’, as described by Herodotus,” wrote archaeologist Alexander Belov of the Centre for Egyptological Studies of the Russian Academy of Sciences in a 2013 paper.

“The planking of Ship 17 is assembled transversally by remarkably long tenons that can reach 1.99 m in length and that pass through up to 11 strakes. These tenons correspond to the ‘long and close-set stakes’ in Herodotus’ narrative… Herodotus also mentions the baris’ keel, and Ship 17 has a keel that is twice as thick as the planking and projects inside the hull.”

There are some inconsistencies – the vessel Herodotus describes had shorter tenons, which acted like ribs holding together the acacia planks of the hull; and Herodotus’ baris didn’t have reinforcing frames, where Ship 17 had several.

Both of these can be explained if Ship 17, around 27 metres long, is bigger than Herodotus’ baris.

“Herodotus describes the boats as having long internal ribs. Nobody really knew what that meant… That structure’s never been seen archaeologically before,” Robinson said.

“Then we discovered this form of construction on this particular boat and it absolutely is what Herodotus has been saying.” 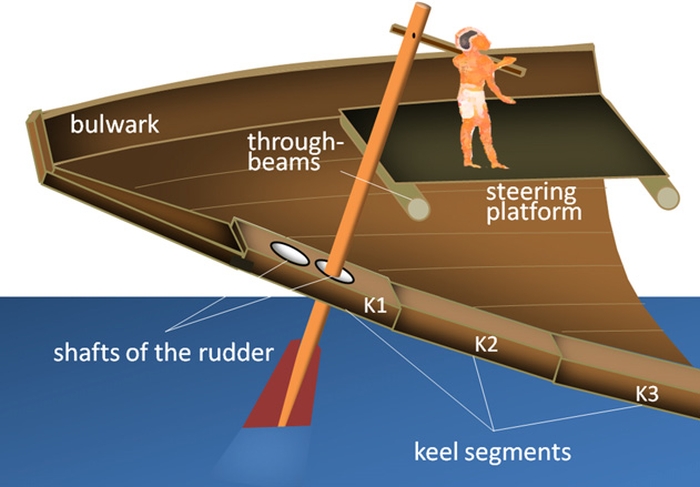 And, of course, there’s that splendid rudder, which is threaded through two holes in the stern. Placed one in front of the other, these holes seem to have allowed for better steering depending whether the ship is loaded with cargo.

According to these detailed findings, researchers believe that Ship 17 is so close to Herodotus’ description that it could have been built in the same shipyard.

Belov’s exploration of the ship’s construction has been published in a monograph by the Oxford Centre for Maritime Archaeology, Ship 17: a baris from Thonis-Heracleion.

A version of this article was first published in March 2019. 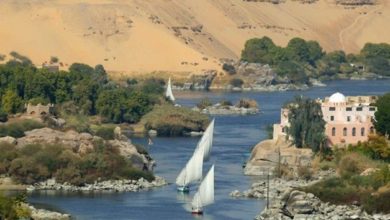 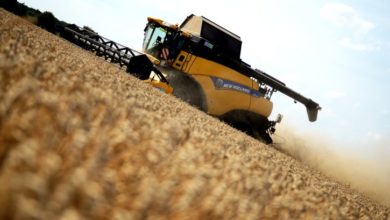 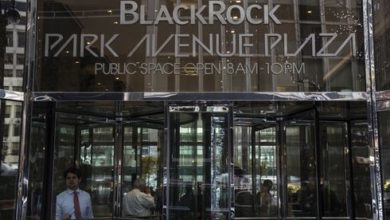