A Brazilian pastry chef is helping North Africa entrepreneurs start ice-cream and popsicle businesses in their countries. Francisco Santana has assisted up-and-coming businesspeople in several countries, including Algeria, Morocco and Tunisia. He is currently working with a startup in Egypt.

In São Paulo, Santana owns Escola Sorvete (the Ice Cream School), which offers one-on-one and online courses. He gives guidance to the soon-to-be entrepreneurs on all aspects of starting a business, from product manufacturing – including choice of flavors and machinery – to point of sales. He also teaches one-on-one in other countries, but the bulk of non-Brazilian students get lessons and consulting online. 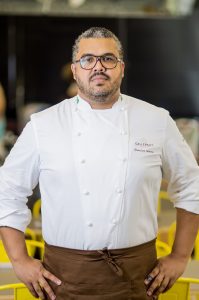 The chef explains that he taught students in Algeria, Morocco and Tunisia a few years ago, and is currently teaching online classes to an Egyptian who’s about to open a popsicle factory and store under the Top Pop brand. He expects to travel to Cairo later this year to help set up the production line.

He was referred for this job by a person in Portugal, and the business is at its early development stages. The classes began about 40 days ago, and Santana believes operation will begin this year. The chef intends to stop by Egypt on his way to Dagestan, Russia, where he’s working with a Muslim entrepreneur in another popsicle business. Dagestan is home to a big Muslim community.

“Arabs identify with us Brazilians because we aren’t colonizers,” Santana told ANBA about the fact that he speaks to Arabs as an equal, despite being the teacher. According to him, people starting businesses in Arab countries or Brazil encounter similar issues when it comes to costs, resources, and consumer purchasing power.

Santana reveals that the favorite flavors of Arabs include dates, pistachio and exotic fruits on the sweeter side. Production must comply with halal rules, and the Brazilian chef instructs entrepreneurs to source certified products.

The chef has many Arab friends and acquaintances, most of whom he met while working at kitchens and pastry shops across Europe. He spent five years total between Italy, Spain and France, and says he got asked if he was Arab all the time because of his countenance. “I’m an Arab from Cajamar,” he quips. Santana was born in the eponymous São Paulo state capital and raised in Cajamar, which is in the São Paulo metro area.

The chef has been in the business for about 16 years, prior to which he’d been a civil servant. After attending culinary and pastry schools in Brazil and Argentina, he travelled to Europe to hone his skills and work. He was the first Brazilian to get a Certificate of Professional Aptitude (CAP, acronym in French) in Pastry Arts from France’s Ecole Nationale Supérieure de la Pâtisserie (ENSP), where he also taught lessons.

Before establishing Escola Sorvete, Santana had done work assisting startup businesses for Italy’s ice-cream machine brand Carpigiani. He started his school – in São Paulo’s Perdizes neighborhood – about four years ago. “We’re the biggest independent school in the world today,” he says. Most ice-cream schools are currently affiliated with brands or companies.

Besides teaching at the Escola Sorvete headquarters, Santana will travel to other cities or countries on demand. In Brazil, he has students from all walks of life – housewives, engineers, economists, dentists, speech therapists –, all of them wishing to start their own businesses.

The chef is currently setting up an in-school concept store set to open in late August. Each of the students will manage the place for some time, with assignments ranging from production to serving.

For Santana, Brazilians and Arab share the ability to be entrepreneurs. “Arabs are entrepreneurs anywhere in the world,” he says. The pastry chef lets on great empathy towards Arab people. He says he’s read a lot about Islam, and shares lots of anecdotes of experiences he had with his Arab friends back in Europe. “I always had a really cool relationship with them. I learned about Arab and Muslim culture,” he says.

Courses are always ongoing at Escola Sorvete. A crash course is set to run from July 29 to August 2, and then another from August 19 to 23. 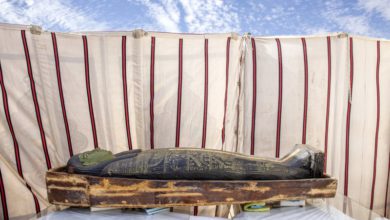