São Paulo – Initially set to last around 10 years, the Amenemhat Project, led by Brazilians, doesn’t work with a deadline anymore. In January 10, 2019, the group of researchers based on the Federal University of Minas Gerais (UFMG) will go again to Egypt to its third field trip. “We’re beginning the third year and I don’t see a final date. It’s a long-term project. Not only the potential of the tomb was greater than we thought, but we also discovered a burial shaft and an adjacent room,” reveals professor José Roberto Pellini, from the Anthropology and Archeology Department of the College of Philosophy and Human Sciences (FAFICH) of UFMG.

For 50 days, the researchers will work on the first stage of excavations of the Theban Tomb (TT 123), in the Luxor necropolis, in Egypt. Pellini was part of the creation of the project, in 2015, of which he’s the coordinator. He also coordinates the Brazilian Archeological Program in Egypt (BAPE), which manages the project. The first two field stages, in 2017 and 2018, focused on the reconnaissance of the tombs and to overcome issues such as the large quantity of blocks that didn’t belong to the tomb and that even prevented the flow of people. 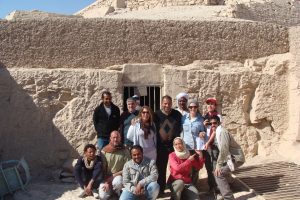 The team during a trip at the beginning of 2018

Anthropology and the people’s perspective

In 2019, the staff will have 18 people, among Brazilian, Egyptian, French and Argentinian researchers. They are geologists, Egyptologists and anthropologists. But why include anthropologists in a mission to excavate Egyptian tombs? “We will have direct contact with the population. This is an innovation of the Brazilian project. Before, many people from Luxor used the tombs as their homes. In 2006, 10,000 people were removed from the Necropolis in the name of science and tourism, and relocated to another village,” says Pellini.

Now, the idea is for the work to be able to shine a light on the perspective of the people living in the region. “Anthropology professor Rogério Duarte do Pateo is going to coordinate and work together with the Cordoba (Argentina) staff on this matter. When we created the Brazilian project, from the beginning we had planned to include the population that was living this archeological environment in another way. There are other realities there,” says Pellini.

This will be the first stage of the project to include the anthropological research in the field, one of the innovations of the Brazilian project. “We will be in contact with the population for them to come to the tomb, show us their perspective. It’s a parallel, with alternative discourses to the scientific one. How other people think what we call ‘archeological’?”, questions the archeologist.

With this new arrangement, the research moves forward to the field and culture. “Two years ago, I could not imagine that it would get this big. Today, we have three projects: archeological, anthropological and cultural. We have all the staff thinking about the cultural part. Particularly the anthropologists, who will bring aboard this cultural element,” he concludes. 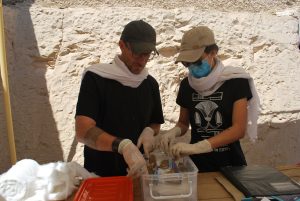 Within this context, the researchers want to include art as a way of expression. “We have a cultural work that still is in its initial stage and aims to create other narratives to the tomb. The scientific narrative is only one of them. That is not only a tomb. Just as it was a household in the past, it carries other possibilities,” he assesses. The project he mentioned is the Viewpoints and Perceptions, an initiative that will display, in an exhibition, the pictures of the tombs.

The excavations begin in January. “The tomb has a lot of material, remarkably preserved. Expectations are high. It’s a tomb that was never excavated. We will take it easy. There are three large structures. Apparently, they are small, but could reveal themselves to be enormous. We don’t know if there’s a door to the other room. It’s not possible to get a view of this structure yet. This January will be very important,” says Pellini.

The first to be excavated is the Theban Tomb 123 (TT 123), which has two burial shafts, one inside and the other outside the tomb, the latter only discovered last year. In 2019, they begin the excavation of the room adjacent to the tomb. “It’s completely full of sediment. And amid the sediment, we know there are many archeological objects. We were able to see two mummies, vases and a sarcophagus,” he reveals.

Pellini believes that the tomb has a great potential due to its location. The surroundings were never excavated, and they want to expand to understand the positioning of the tomb within the Necropolis. Another goal is to create a virtual model of the tomb in 2022. The Amenemhat Project still has a second tomb, the TT 368, which will be excavated in future stages.

The work began at the Federal University of Sergipe, with experts from the university still on the staff, and seeks to include other schools, such as the Federal University of Pelotas (UFPel), in Rio Grande do Sul. “The goal is to develop Archeology and Egyptology in Brazil. So much so that the site operates as a teaching site. To offer opportunities to those working with Egypt and Mesopotamia in the field.” To reach this level, the project wants to increasingly include students and, until 2020, to have the majority of its staff formed by post-graduation and graduation students.

The 2019 trip should end on February 28. “We will be concluding a great first excavation phase! Many things should arise. The idea is for us, throughout the excavation, to be able to feed the project’s Facebook page with accounts or lives,” concludes the professor. 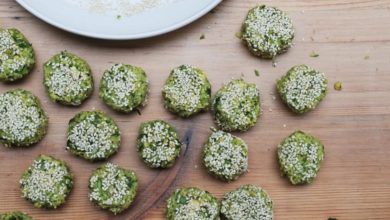 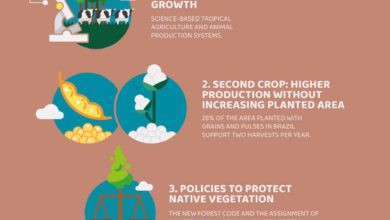