A webinar this Sunday (20) addressed the Egypt-Mercosur free trade agreement, which provides for a gradual easing of import tariffs on a bevy of items and is currently going on its fourth year. Hosted by the Federation of Egyptian Chambers of Commerce and by the Agreements and Foreign Trade division of Egypt’s Ministry of Trade and Industry, the event saw Brazilian and Arab experts discuss the advances brought about by the treaty.

Alaa Ezz (pictured above), the secretary-general of the Federation of Egyptian Chambers of Commerce, said the agreement made it possible for his organization to work across South America, instead of taking a country-by-country approach. “What we are going for here isn’t just bilateral cooperation,” he said, adding that he hopes a bilateral revolution will take place.

Ezz said Egypt’s economy is performing well, with Gross Domestic Product (GDP) and foreign trade numbers going up. “We are one of a handful of countries in the world whose exports are increasing” – by 2%, he said.

Rubem Mendes de Oliveira, the minister-counselor at the Embassy of Brazil in Cairo, said that while sales from Brazil to Egypt used to be significant even prior to the agreement, that wasn’t the case the other way around. “Within three years, exports from Egypt increased by over 200%. Why such a big number? Because the basis for comparison was low, but I don’t think many other countries in the world have increased their trade with any given partner in three years’ time.” 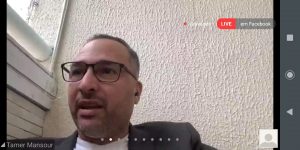 Arab Brazilian Chamber of Commerce (ABCC) secretary-general Tamer Mansour pointed out that customs tariffs have been lifted on products such as plants, mineral oils, quicklime and cement as a result of the treaty. He went on to discuss numbers pertaining to Egypt-Brazil trade. Mansour said 38% have purchased Arab products at some point, especially food, textiles and décor items.

The ABCC secretary-general said ensuring swift responses to the Covid-19 pandemic is a priority at this time. He mentioned actions rolled out by the ABCC since the pandemic broke out, including implementing online certification, creating the ABCC Lab, creating a parliamentary group to advocate the interests of Arab countries, and working to host the Economic Forum Brazil & Arab Countries next October in a fully digital environment. 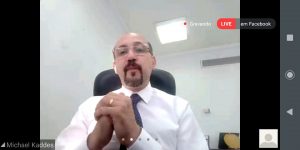 ABCC president Rubens Hannun went over the progress that the Egypt-Mercosur agreement has brought about, and said the organization is available to support cooperation between the regions involved. Also featured in the webinar were Ashraf Moukhtar, head of the Agreements and Foreign Trade division of Egypt’s Ministry of trade and Industry; Yasser Korani, of the Egyptian Commercial Service (ECS). Cesar Simas Teles, the agricultural attaché at the Embassy of Brazil in Cairo, listened in on discussions. 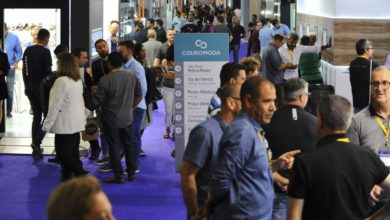 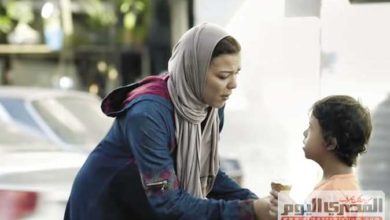