São Paulo – More than three years after a fire raged in Rio de Janeiro’s National Museum, the works can be seen again – at least on a computer screen. An online collection launched on Thursday (13) by Google Arts & Culture takes web users back to when the museum’s collection hadn’t been largely destroyed. The venue was Brazil’s premier natural history and anthropology museum.

The online tour got launched during an event that saw the Ministry of Education (MEC) give an overview of its actions towards the museum’s recovery. The Ministry said it will invest BRL 7.5 million in 2019 toward rebuilding the oldest museum in the country. 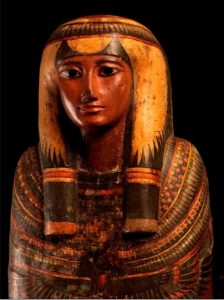 A mummified cat, the Sha-Amun-en-su Sarcophagus, a tour of an area that once housed several mummies: these are some of the items now viewable online. The collection of National Museum works and artifacts, in images taken by Google Street View before the fire, now make up the tour made available by Google Arts & Culture.

The platform was created in collaboration with the Federal University of Rio de Janeiro (UFRJ) and the Education Ministry. The high-resolution images depict 164 relics divided into seven exhibits and indoor settings viewable in 360º. The tour is free and includes descriptions in Portuguese, English and Spanish.

During the event, the Education Ministry announced partnerships with the Brazilian Cooperation Agency – a Foreign Ministry arm – and the United Nations Educational, Scientific and Cultural Organization (UNESCO). The initiative will see BRL 5 million in investment to fund studies, research, methodologies and technical projects aimed at restoring Paço de São Cristóvão, where the museum used to be, and to rebuild the venue’s foundations. That amount adds to the BRL 10 million previously supplied by the Education Ministry to UFRJ for emergency works at the National Museum.

As of Dec. 4, over 1,500 items had been retrieved, including pieces from different collections and architectural fragments

UFRJ had support from federal representatives in the State of Rio de Janeiro, via a BRL 55 million amendment, which will enable restoration of the venue’s façade, structural reinforcements, and the building of new facilities for research, teaching and administration of postgrad courses. The parliamentary amendment will also support infrastructure for the collections and for teaching and extension activities, with actions set to begin in 2019.

During the event, the National Museum board presented items recently recovered by a team of 57 workers and three collaborators. By December 4, over 1,500 items had been found, including pieces from different collections, pieces of equipment, personal belongings and architectural fragments. “We are very happy with the Education Ministry’s support. Now, it is absolutely crucial for the Brazilian government to keep working along these lines, so that we may recover as soon as possible the National Museum for Brazilian society and all nations around the world. This is what the national and international scientific community yearns for,” National Museum director Alexander Kellner was quoted by the Ministry as saying.

After the fire, several action fronts were launched involving multiple institutions. According to UFRJ, the first step was to hire a highly specialized company, with the Ministry’s backing, for structural reinforcements in the building and the removal of rubble using an archaeology of the collections housed by the museum.

The second step is to search for the collections and secure the collaboration of national and international institutions in countries like Egypt, France, Portugal, Germany, Canada and China. The museum has announced that Luzia, the oldest human fossil in Brazil – dating from 11,500 years ago – has been recovered, as has the Angra dos Reis meteorite, found along the Rio coastline in 1869.

All informations from ANBA. 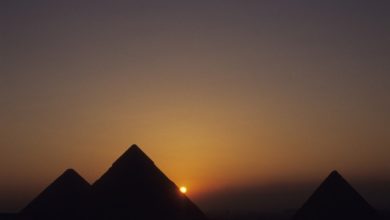 Tourism in the Arab world has great growth potential 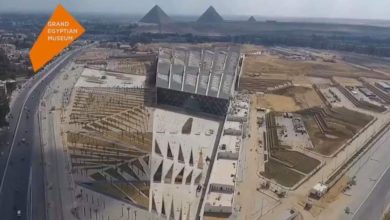 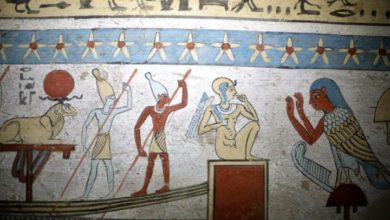 Colored Cemetery Dating Back to Ptolemaic Dynasty Found in Sohag